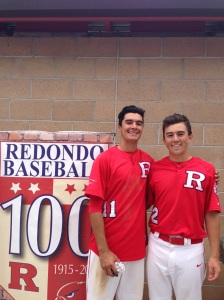 Who knew that Albert Einstein knew so much about baseball!

You have to remember that there have been MLB mvp’s that were not prototypical power or high average hitters.  There have been exceptional role players who were so excellent in doing their roles that they were the catalyst behind the overall performance of their team, even if the numbers by themselves were unremarkable, ie, defense, base running, situational hitting, leadership.

With that being said, remember this:  On defense make all the routine plays, make the exceptional plays look routine, and have the incredible plays soon taken for granted because you make them so frequently.  Hit or throw through your cut off, don’t make needless throws that can cost a run or put a man in scoring position, think about “plan B” in a double play you can’t turn with men on first and second and see if the guy rounding third might deserve a quick throw.  In fact always think about reasonable options because if the ball is in your hand, you determine when the play is over.

Strive to make each at-bat productive and not something exciting to the average baseball fan.  True baseball fans, scouts, and coaches, know the difference and the importance of an executed bunt, hit-and-run, sacrifice fly, and perfectly placed ground balls to move runners into scoring position or scoring them from third.

When running the bases, keep looking to take the extra base until the play is actually over, not when you assume it is since you should be the last one to relax because you just might find the the defense sleeping.   Don’t take unnecessary chances to be exciting and run into an out when you should be subtle and let the guys behind you do their job.

When pitching, everyone loves strikeouts and hard fastballs but strategically pitched ground ball outs or double-play balls are just as effective and generally require less pitches.  Radar guns do not say anything about location or the makeup of the pitcher that out battles and out thinks the batters.

Remember its the final result that dictates the winner.  Think about how you can contribute to the outcome whether you set the table or clear it – either way think about the situation and what you can do to improve upon it, setting all personal stats aside.  Those who are watching and may have an interest in how your baseball future proceeds will take note of both.