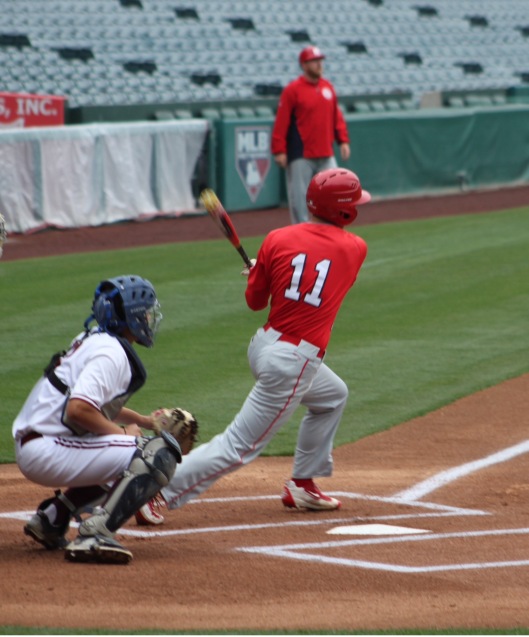 I know you won’t take today for granted and that you will connect with the higher power looking over you in gratitude for this opportunity which in fact, is something you have earned with your commitment, dedication, and contributions to this game and the Redondo High School Baseball program during your high school career.

Don’t be overwhelmed by being within the environment of Angel Stadium because in the end, it’s just a baseball field with the same basic dimensions of others you’ve played in the past which are too numerous to count.  Still take a moment to connect with the universe and empyreans while at shortstop or at the plate and just let all the surrounding forces permeate your being with joy, harmony, and happiness, for you are blessed to be there on this day.  Be at peace and play extraordinarily as you have always strived to do and be Jason F’ing Dicochea because that’s how I raised you to be and have shaped your destiny as a “Dico” to be here.  Good luck and skill as you play today!

So proud and I love you son.

Postscript:  On the first pitch of the game leading off for Redondo, Jason hit a triple to the wall and later scored the first run of the came.  He later added a double and played strong defense at shortstop as Redondo won 3-2 to remain undefeated.  A moment not wasted.