Know that no matter how hard we try and what is gained or left unachieved in our efforts each day, appreciate this.  We learn so much about ourselves and that we can achieve exponentially more during the days ahead by applying that discovery towards our future endeavors.

I came up with this thought while at the beach the other day and it kind of encapsulated a great deal of my transformation.  Walk through this with me if you can see my logic.  I don’t like using the term “failure” because by making the initial effort, you have only been “unsuccessful” so far in your initial attempt(s) and only by learning through those attempts can you see how close you are to success.  Hopefully you wisely use that experience and knowledge to recalculate the next attempts to quicken our approach to our objectives or expansion beyond them.

I do understand the concept of “underachievement” to the extent that one chooses, for whatever reason, not to apply their known ability to a situation that demands it.  More disappointing than the outcome is the knowledge that the preparation was so insufficient that the ability could not be called upon because the resources for its application were unavailable.  Either way, responsibility boils down to personal ownership of all related causes.

With respect to the over applied term “overachievement”, I’ll put it out there that it does not exist and is primarily used for dramatic effect.  It’s certainly debatable but in my opinion, “overachievement” is really a matter of “under-discovery”.  We learn almost every new day that we are capable of more than we expected of ourselves by embracing our existing and newly encountered challenges.  Prime example: the 2014 Redondo High baseball team.  Casual observers would dismiss the success of the team reaching the CIF semi-finals as just a result of “overachievement”.  Maybe there was just a lack of appreciation by the coaches and team of the hurdles that needed to be conquered a month before the Bay League season started and ended (remember the no-hitter against you guys in Irvine).

But then as in life, there was a new discovery of what was always there that introduced itself through the timing, sequence, the circumstances, and opportunities that revealed themselves and were taken advantage of leading to a growing faith and belief in not only that outcome, but doing what had never been done in 100 years by taking the CIF title a year later, and now in the national rankings throughout this current year while doing more of what’s never been done in the quest for another championship!  “Overachievement”?  Hardly since in my mind, it’s just the expansion of what has either revealed itself or you have unlocked in your hidden vault and is now part of the magical routine of your existence.

I’ll finally leave you with this challenge.  I know it’s fairly impossible to bring your “A” game to every encounter.  However when presented with the greatest obstacles in the path of your most sought after goals, apply and exhaust the best part of you to overcome it.  Do not allow the term “underachievement” to be used to explain the outcome.  You’ll see what you thought was the best you could achieve, regardless of the result, is only a precursor to what is available to you in the future given the proper outer effort and inner discovery.  Then history of YOUR world can be rewritten everyday as a consequence! 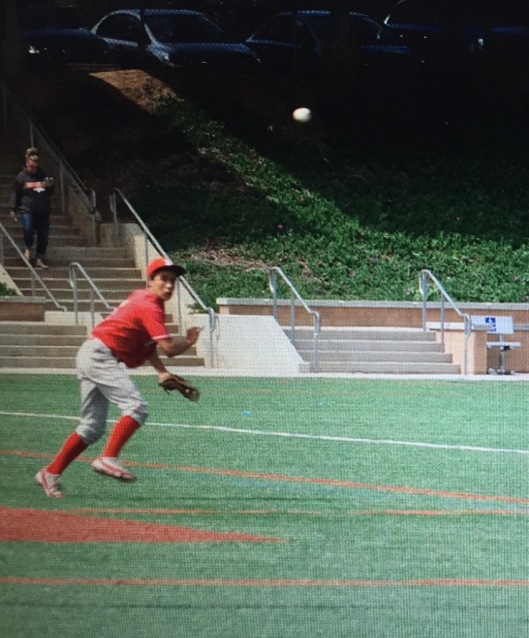