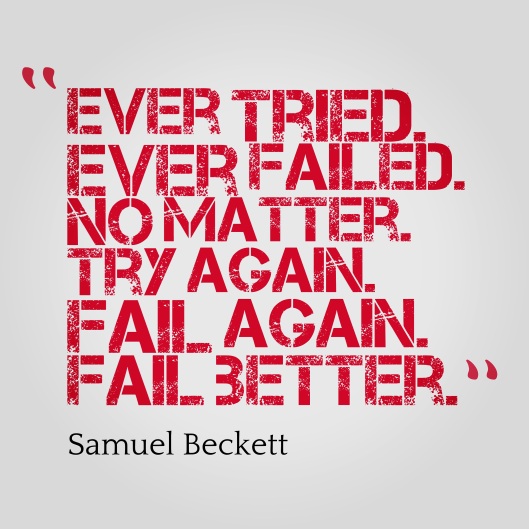 “Be willing to have it so.  Acceptance of what has happened is the first step to overcoming the consequences of any misfortune.”

I really view those who choose to blame their lack of achievement or success on their surroundings, circumstances, or others as extremely disheartening.  As I’ve said before, I do not view fate or luck as having an overwhelming impact on the results in our lives.

Let me begin with this genuine assessment of my 52 years on this planet. I have had a GREAT life!  Has every day been great?  Of course not nor were they supposed to be!  Have I always lived or decided well?  Nope!  Has everything gone just the way I dreamt or hoped it would be?  Maybe I thought it would when I was younger but now I know that my actions or lack of actions played a big part in that – still I’ve achieved a lot.  So, would I change anything?  NOT REALLY!  Why?  First, my life is a product of my creation so I own it!  Second, I can’t!

I will point out a few of the significant events in my life that have had the biggest impact.  Losing my best friend David to a car accident when I was 15; losing my parents in a way through the buildup to their divorce and then, for good when they died in the same year; and, of course my first relationship and our eventual breakup.

I don’t view any of these as obstacles because although unique in their timing, sequence, and description, they are generally similar and maybe less in severity to what others encounter.  They were just challenges that were personal to my own existence which had to be addressed, accepted, and overcome.

Certainly they affected me emotionally when they happened and at least with David and my parents, I’m still left with their loss.  However with respect to Dave, I felt a measure of comfort when I won the first scholarship set up in his name for our baseball team and through Jason who carries his middle name.

Regarding Mom and Dad, I won’t say it was easy regarding what happened between them, and to them, and I probably didn’t grieve correctly for awhile after their passing but who does, especially when they passed ten months apart?  In looking back, I know they loved me, gave me all that was available to them, and I love them to this day for what they gave and taught me through their lives and even up to their deaths (courage, strength, and nobility).  Now I share so much about them with my sons, and see so much of my parents in them though they never met.  Most importantly, I think I’ve accomplished enough in the past (despite some shortcomings) and even more so now to honor their names and make them proud of who I am – I probably should have done more while they we’re here but I’m guessing they’re satisfied with the results as they look over me and my family.

Oh heck, I just remembered that the 20th anniversary of mom’s loss is coming up tomorrow but I’ll greet that day with a smile since good memories are stored and she wouldn’t have it any other way.  Sorry, it just occurred to me!

It’s somewhat surprising that my injury last year really doesn’t strike me as one of the worst parts of my life even though it surely started out that way.  I would imagine that it’s probably one of the worst moments of Deb’s life and probably the boys.  I guess it’s because I remember little about the initial events and generally recall only when I started fighting whether with the doctors or unfortunately Deb.  However once I accepted the challenge, I fought for myself to the point I could eventually fight for you and by your side during your most difficult missteps and struggles.  It has been difficult to support the battles you’ve chosen in spite of yourself but I’ll be there to help you up when you fall since most of those battles unfortunately are disabling and hopefully only temporarily.  All I know is this year truly revealed the depth of the best part of my makeup, character, perseverance, and courage.  By almost losing my life, I rediscovered and saved it and in some ways, the lives closest to me.

Now getting to the point!  You older boys are starting to (or hopefully are) realize that you don’t have all the time in the world.  Sitting with your “smartphone” and waiting for things to happen isn’t very “smart”.  You may have already had a taste of the following:  Opportunities that are presented to you if not appreciated and acted upon eventually pass and introduce themselves to someone else.  Dreams you imagined for yourself, if left unattended, are picked up up by others and become the foundation of their dreams.  When you have a choice and make either the obvious wrong choice or no choice, your goals will move farther away leaving the journey susceptible to further distractions, interruptions, and at a tragic maximum, destruction.  I will repeat it again:  You are in the “make it happen” stage of your lives because only you have the tools to achieve it. We all are presented with distractions but never should they be permitted to undermine the opportunities, dreams, and goals that will soon be the centerpiece of the “great life” that is your birthright.

So ultimately, your life is a product of your creation and the decisions you make will one day be on display and dissection when you look back when you are 52 – what will you see?  Things will be presented to you outside of your control but “when we are no longer able to change a situation, we are challenged to change ourselves.”  It’s those times when you begin to understand the greatness that circles within you.  For now, act without hesitation so the things that have the best chance of turning out great for you happen right now because “greatness is no accident”.