“As human beings we all want to be happy and free from misery… we have learned that the key to happiness is inner peace.  The greatest obstacles to inner peace are disturbing emotions such as anger, attachment, fear and suspicion, while love and compassion and a sense of universal responsibility are the sources of peace and happiness.” – Dalai Lama

Jason because I’m your Dad, I’m going to leave this for you to think about because it took me a lot longer to put into consistent practice.  The easiest decisions we make for ourselves are either the most obvious or convenient.  Oftentimes the hardest decisions are the ones that are best for ourselves because of not only what we gain from them, but the things and people that we give up or are left by the rode side on the way to the destination we want to move towards.  We are strengthened if we exercise kindness for ourselves and find the inner peace that are the most important and basic components that will get us towards where we hope to end up.  I think the answer doesn’t really change to the questions that continue to confront us in either our minds or God’s eyes and His role I believe is solely to give us additional clarity and strength to make those difficult decisions.  Also the results don’t change other than to grow more problematic when we end up delaying them for the sake of ease, convenience, or avoidance of the inevitable confrontation. You are the only one who can provide the greatest gifts to and for YOU as you get older because the situations and circumstances are fading from my and Mom’s control but never our support.

Read this again:  “In reflecting on the times of my life, it occurs to me that the difficult, arduous experiences always pass, or at least wane to a tolerable level. On the other hand, thankfully, the positive, uplifting aspects of my life’s journey seem to hold strong and steady throughout, as long as I appreciate and nurture them.”  What we think we lose while we are young coupled with the importance we apply to them will fade in time sooner when you’re younger, and the other things that fill those gaps will make us question why we didn’t act sooner!

I’m no genius but I can tell you that there has not been one thing I’ve lost in the past, including my parents, where that void wasn’t eventually filled somehow and somewhere to give me something that would allow me to continue to see a future full of optimism.  I’m not just talking about the addition of you and Christian in my life, but all things including what I surprisingly discovered along the way while recovering from an injury where I didn’t expect to learn so much from.  It’s funny how things just worked out that way from the most unorthodox circumstances and with it, the peace I was seeking slowly settled within my soul where it could be best served. 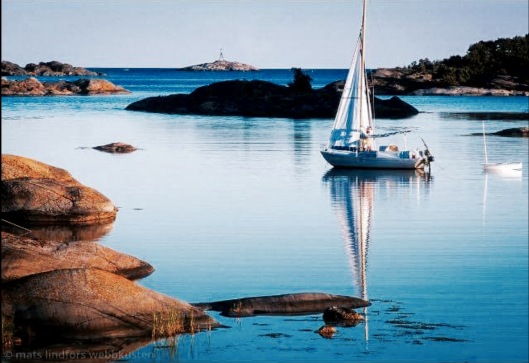 Don’t see just for the NOW, but have vision of at least one step beyond what you sense because only visualizing the first leaves you prone to results from impulsive, instinctive reactions and outcomes ruled by mistakes of emotion, diminishing obvious solutions and opportunities to correct it.

By having the latter in mind, then you have a better chance for success, minimizing the unfortunate results of the the former, and better equipped to deal with both to get you quicker to that which lies beyond the horizon, longing to introduce itself to that of your greatest dreams.  Just thinking – Joe Dico

4/6/15 (I wrote this to my sons over 1 1/2 years ago when Jason was a junior in high school and Christian was still a year from starting his high school career.  It seems somewhat prophetic now that J is starting his college baseball career at U of Santa Clara and C recently committed to play baseball at U of Washington after he graduates in 2019.  Coincidence – I’m fairly certain there’s more to it.)

“Grace is the beauty of form under the influence of freedom.” — Friedrich Schiller

This is when life is so liberating.  It’s when the exquisite and magnificent inner-structural components are pieced together so that we are momentarily elevated above the normalcy of our routine existence! Wow, that was quite the combination of “big” words and the reason is that I’m not sure I’m able to precisely describe and articulate the moments where the “grace” and “freedom” converge as mentioned above.  I just know when it happens because it just seems and it feels that way!

I sometimes feel guilty because it happens so frequently during the most mundane moments when I slow down, take more in that’s around me, and make those moments not just part of me but able to surround them as opposed to letting them surround and overwhelm me.

When I read this quote, I instinctively went back to younger days and the freedom I felt during the buildup before, and the release of the usual daily boundaries right when I crossed onto the baseball field for any reason.  This occurred at almost any age starting from little league through high school and up until those ultra-competitive adult leagues I played in where the quality of the players kept alive my personalized and frenzied addiction to the sport.  I guess it was during those times that my life truly belonged to me, free of external obligations and responsibilities.  Its funny but even though other players and coaches surrounded me, sometimes they were just voices in the background while I settled into my own individual state of reality.

I know baseball is considered a team sport but for it to have any particular meaning so that players can perform by and through the inner power that’s possessed, it has to be experienced and measured in accordance by individual models for successful attainment of “baseball nirvana”, devoid of external restrictions or limitations.  Is thIs that odd or do you guys ever feel that way because it can’t just be me, can it?

There was not one particular moment that baseball generated such an instinctive and personal state of mind but it was no doubt a combination of:  the feeling of a ball settling into my glove; that same ball being released traveling stealthily along different horizontal angles and distances; an unbridled pitch that is captured, corralled, and released under the control of a bat; the acceleration around a base where the body is catapulted by the feet and legs towards the next destination that almost certainly belongs to you; and/or the “punch out” pinch or play to end an inning and jogging calmly off the mound or your position knowing that it’s all you can do to control yourself from exalting in the air and fist-pumping all the way back to the dugout (don’t do that or you’ll invite a retaliatory pitch but then again Jason would welcome getting hit by a pitch and then steal second and maybe third).

I got snippets of those days teaching and coaching you boys but living through you guys just doesn’t come close to replacing those feelings that were left behind.  J and C, remember that smile on my face you saw in that old high school I showed you?  There’s no way to recall the precise thoughts in my head or during so many times after when art was inter-spliced with actual, living moments, but I’m guessing you have an idea.  But the best part about being a fan of you two in the stands is that I don’t have restrict myself from expressing the excitement you elicit out of me when you the things that seem to come so natural to you knowing that few others are capable of them.

Oh and don’t ask me to calm it down because I can’t, I won’t, and shouldn’t have to, because it’s my connection with not just you guys but a love of a sport that was created well before and evolved well before you were born!  Just deal with it and bust your ass on the field because emotionally, so am I on the other side of it.

“Faith is love taking the form of aspiration.”  Think of this quote and apply it to why you are still playing baseball and plan to continue to do so at a high(er) level while others couldn’t or won’t be able to forge the same transference.  Obviously you found love and enjoyment in the sport through discovery and/or influence along while growing up with so many others around you.  But who’s left among those who you played against and why?  I’m guessing it’s because your sport requires maximum elevation allowing maximum mental, spiritual, and physical evolution leading to maximum execution that has to be harnessed and directed towards specific objectives that form the standards of your own personal goals and aspirations.  This my friends is where grace equals freedom and feeling anything different means you’re not thinking the right way, not loving the game so that it loves you back, or letting the wrong things enter in your own individual sphere to disturb what is one of the most magical and rewarding relationships that you’ll experience.  Eliminate that from happening and just enjoy where the resulting freedom takes you!

Last thing:  Remember the outcome will most times take care of itself if the approach is sound.  Not always but once you’re in the right place and where you need to be before you cross the write lines, the only surprises in store should work in your favor and against your opponents but then again, there are really few surprises when you put everything out there that continues to form the masterpieces you create!

So get you mind right because “we seek purpose when we are not in touch with who we really are.  When an apple tree discovers who it is, the question ‘what must I do? disappears.  When you discover who you are (at the deepest part of your being) you will find your purpose.” — Colleen-Joy Page 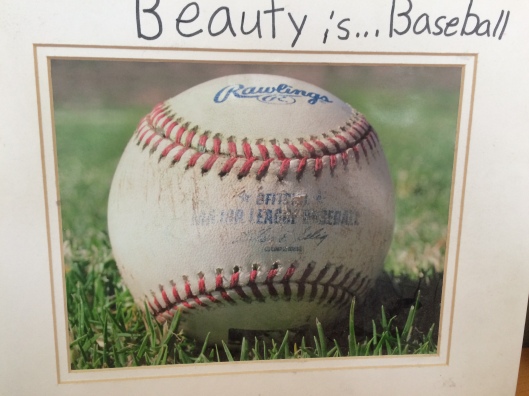 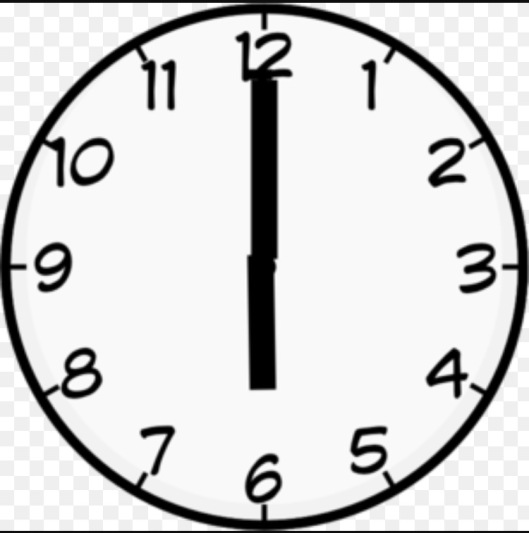 “The moment you wake up in the morning [whatever time that be] is the most wonderful of the 24 hours.  No matter how weary or dreary you may feel, you possess the certainty that, during the day that lies before you, that anything may happen.  And the fact that it practically always doesn’t matters not a bit. The possibility is always there.”

I was thinking that each day should begin with hope but be prepared for some unexpected challenges.  We should be confident that we can rise above and defeat almost all of them at some point and at a minimum, end up in nothing less than a stalemate.  I just cannot accept that we should end up on the losing end even if bloodied in the battle.

Very few things are insurmountable if given enough effort, thought, time, and sometimes creativity (think beyond the box or outside someone else’s beliefs).  Also don’t be too proud to admit that you are temporarily stuck or lost and need some help from your vested allies (i.e., your Dad) to get back on track.  That’s why God did not put you on this planet alone! You have been provided with invaluable company by virtue of the existence of your parents who will help guide you home when you are lost. Just don’t neglect those simple challenges in those 24 hours; otherwise they eventually turn out more than simple and become an unwanted occupant of the next 24 my child!  Again, I was just thinking…

When success is the only conclusion you set forth to achieve in front of you, then working for it shouldn’t be a burden, a distraction, nor should the results be too hard to imagine!!! – Joe Dico