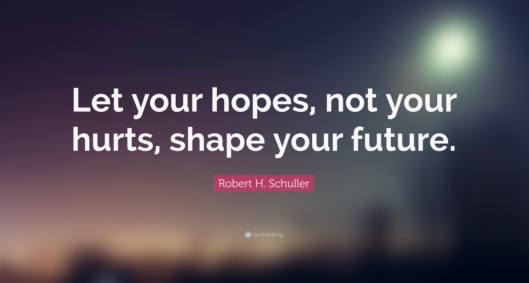 “Without change there is no innovation, creativity, or incentive for improvement.  Those who initiate change will have a better opportunity to manage the change that is inevitable.” – William Pollard

I was thinking (yes again) about the difficulty of accepting not only the consequences of our actions but of the circumstances and situations surrounding them.  During our early upbringing we were somewhat led to believe in the concept of a perfect and utopian society and existence.  I think it was meant to fuel our early belief that anything was possible and that we can overcome any obstacle.  Don’t get me wrong, I think this is a laudable approach and I do believe that everything is achievable until proven otherwise but the bigger questions are when we really reach that point and who defines it?

As we experience and encounter more, we are faced with the challenge of alterations to our previous plans.  What to do?  Nothing if that’s what you accept as the final product of your efforts.  Maybe that’s good enough for some who find a morbid satisfaction with the inequality of fate.  Better to deflect blame through inaction than have to strain to uncover how much additional control we can exercise when faced with what may just be temporary setback.

We’re all going to get answers to what we ask and strive for and how we interpret them is fundamental to their achievement or sadly, our disregard.  When we receive a “no” initially and accept it as the final response, maybe we didn’t understand that the answer was only “not yet”!  “Failure” is often accepted when we fail to interpret it as we’re “a bit closer” or “almost there”!  “Going as far as we can go” is often confused with “going as far as we’ll try”!  I guess what we learn (or may never know) about ourselves is what we can still sense through complete darkness and silence.

There are no hard and fast rules when it comes to realizing when you’ve reached the end of a road.  So rare is it that the route that we meticulously planned out ends up traveled along through its precise coordinates.  But why do so many end a journey when a road is blocked requiring only a change in directions?  Our compass may remain pointed in the same direction but it’s foolish to think that there will never be detours and delays.  It doesn’t mean we don’t press on, or continually attempt to push immovable obstacles – that’s a waist of energy and painful.  We just need to exercise some ingenuity and creativity to figure out how to move around them to get towards the future we’ve designed.

I remember something I was told about “judgment day” when a man was in front of Saint Peter and judged to be unworthy of entering Heaven.  As the door was closed and the man dejectedly began to walk away, he heard a woman’s voice and as he looked down away from the door, the Virgin Mary had opened a nearby window allowing him to enter into God’s kingdom!

I’ve always remembered that story to remind me that when we feel we’ve lost hope, it does not mean all hope is lost!  If needing shelter while on the way to our destination and a door is closed, it doesn’t mean it’s locked.  If locked, at least knock because someone may be home to let you in.  If still no answer, then go to another door or window and knock because if someone is home, there’s a chance they’ll help.  If they don’t or still no answer, there’s rumor of a poor couple who found shelter in a manger and gave birth to a child that changed the world!

So be among the gifted to recognize that change is just part of our existence and every wrong calculation just requires reexamination of the equation.  We all make poor or unfortunate choices but I only regret the following mistakes:  1) those that hurt others; 2) those that I didn’t learn from; and 3) those that caused me to quit because I didn’t readjust my thinking to pursue what still could have been achieved had I just tried differently.

So maybe nothing is really lost until we stop searching until the last sunrise has passed out of our final vision.  Maybe the answers will be different than hoped for but then again, what did we surprisingly discover and lovingly cherish about ourselves and our lives?  What I find new about me each day makes me hopeful that I may have another to get closer to what I wish for, regardless of how it ultimately turns out.